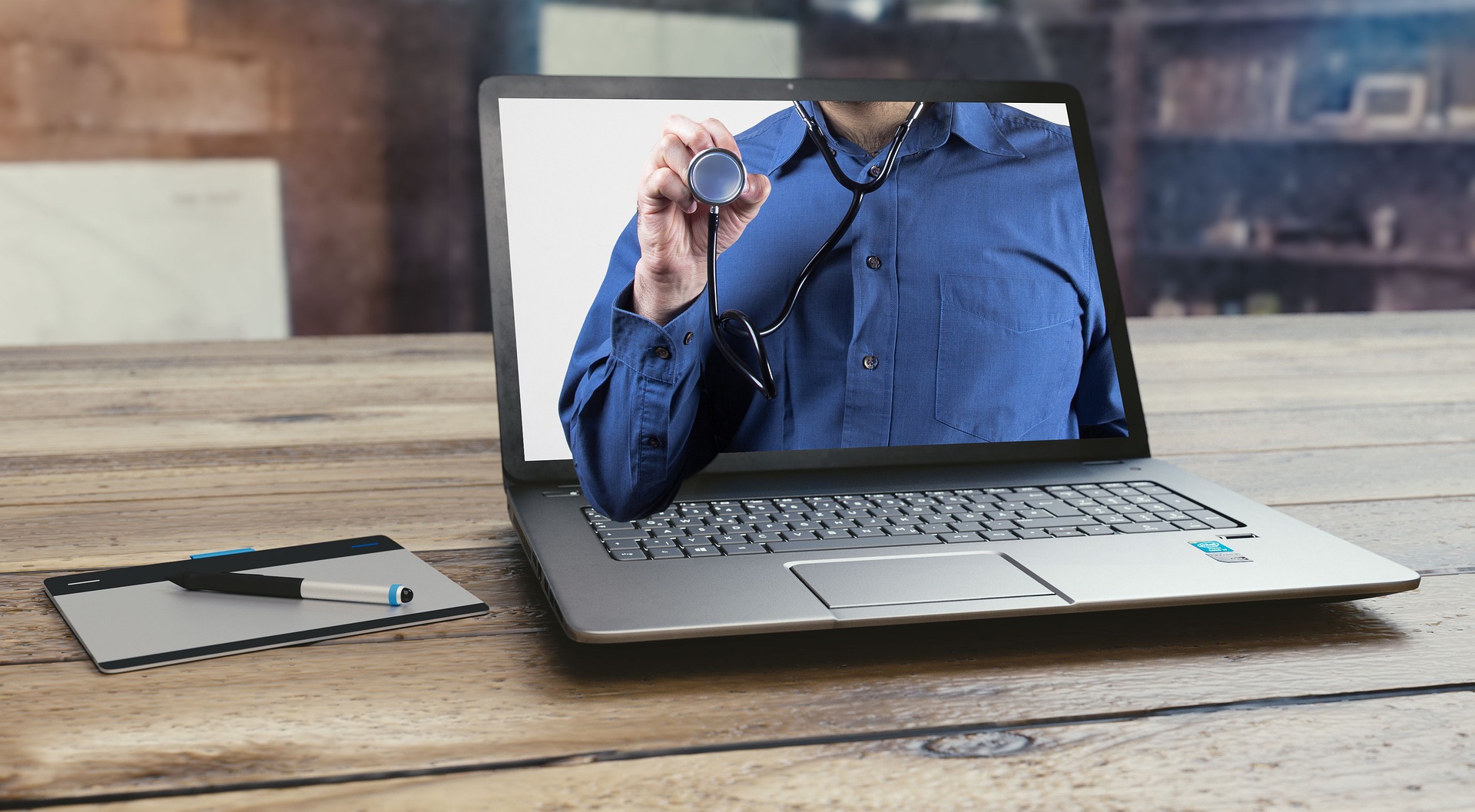 The communication options between doctor and patient have hardly developed since the times of our grandparents. Doctors can easily send digital X-ray images around the world and discuss them with colleagues on other continents via video conference. Most of the small practices are still offline.

Many general practitioners and specialists do not even have their websites. In many places it is not possible to book an appointment online, nobody reminds you of preventive care via SMS, apart from a few progressive dentists, and functioning electronic patient files are still a thing of the future.

The internet and smartphones are changing the reality of people’s lives. We are used to booking our holiday flights online and making online transfers. And of course, we also search the Internet for answers to medical questions. We want 24/7 availability and fast service. Doctors should not turn a blind eye to this, demand Martin Denz, President of the Swiss Society for Telemedicine and eHealth. “The technology has been around for a long time, we just have to learn how to use it,” said Denz in the health magazine “Puls” on Swiss television.

When technology in medicine overcomes spatial distances, experts speak of telemedicine. “Through telemedicine, medical expertise is no longer tied to the doctor’s location, but is available worldwide,” explains Wolfgang Loos, board member of the German Society for Telemedicine. Some approaches improve the quality of care and even save lives.

so-called stroke networks, connect small hospitals without a neurological department with specialist clinics. They are already established in many regions. Thanks to the close exchange with experts, the doctors in the periphery can also treat stroke patients optimally, and transport to the special clinic is no longer necessary. Every minute counts for the patient, because the time in which a blood clot in the brain can be dissolved with medication, closes after three hours. If the doctors inject the drug beforehand, the patient can become completely healthy again.

But apart from such showcase examples,

telemedicine is only developing slowly. In Germany, information is exchanged almost exclusively between doctors and doctors. Health care is not adapted to technological progress. Many telemedicine initiatives are stuck in the project phase and never make it into the nationwide standard care. One reason is the time-consuming and complicated payment methods. Before doctors can bill a service, it must be defined in a service catalog.

In 2014, in the first government statement of her third term in office, Chancellor Angela Merkel emphasized the importance of telemedicine for medical care in Germany. Telemedicine should be an important building block to supplement and support medical care, especially in rural areas, where the path to the nearest family doctor or specialist practice can be very long.

Obstacles to innovative healthcare in Germany

However, the biggest obstacle to telemedical progress in Germany is the model professional code for doctors. It states that a doctor may not treat patients exclusively via electronic media.

The German Society for Telemedicine is committed to abolishing the ban on remote treatment. “This paragraph only exists in Germany,” explains Loos. “There is a need for action here.” The so-called remote treatment ban was originally drafted in 1927 as part of the venereal disease law. Yet this notion persists, even though it was introduced at a time when today’s possibilities of telemedicine were not even imagined.

“The advances in telemedicine show that professional law needs to evolve. It is time to create legal certainty for the numerous promising applications of telemedicine with a new wording or an interpretation decision by the German Medical Association,” demands Professor Christian Dierks,

The change in the law also contradicts the 2015 E-Health Act. The ban on remote treatment was tightened by the amendment to the Medicines Act (IV. AMG Amendment) passed in September 2016, which states that pharmacies in Germany may only dispense prescription medicines if it is clear on the prescription that there was prior personal contact between the doctor and patient gave.

In an international comparison: Germany as a developing country

A look at other European countries shows that remote diagnosis and remote treatment have been practiced successfully for decades: In sparsely populated regions such as Norway and Sweden, examinations and treatments have been coordinated remotely for years.

The doctor decides from patient to patient whether to use telemedicine or not. In countries such as Switzerland, Ireland, or Great Britain, patients can also consult a doctor around the clock by telephone or the Internet. The large health insurance companies promote remote diagnosis and remote treatment there.

Remote diagnosis and treatment by an online doctor

Many doctors and patients in Germany want and demand more telemedicine in their everyday lives and are calling for the ban on remote treatment to be relaxed. In a study conducted by the Bertelsmann Foundation in November 2016, the majority of respondents said: “It should also be possible to prescribe medication if the doctor is only contacted online or by telephone.” Telemedical care approaches that do not require personal doctor-patient contact significantly improve access to medical care. A virtual visit in the form of a video consultation with an online doctor is a good example.

The advantages of the online doctor

The list of advantages of an online doctor is long: people with chronic illnesses. Such as asthma or high blood pressure, who have already been prepared for their pills by their local doctor, can save time in the waiting room and simply order their follow-up prescription online. Immobile patients no longer have to make the arduous journey to the doctor’s office. Not only the journey but also the often week-long waiting time until the appointment is eliminated.

The effects of this telemedical

Care has a positive effect, especially in rural regions or regions where there is insufficient medical care. Medical advice and treatment can be given anywhere and via any end device, whether smartphone, tablet, or computer.

The uncomplicated accessibility of an online doctor also makes treatment at the weekend possible, including issuing a prescription if necessary. Telemedicine is also a benefit for people under time pressure.

The online doctor as a supplement to the on-site doctor

Even if many treatments can be carried out telemedically today, going to the ‘real’ doctor is often necessary. ZAVA emphasizes this again and again, as does David Meinertz, co-founder of ZAVA. Many patients come to us with acute symptoms that cannot be diagnosed remotely. We refer these cases to a doctor on site. Remote diagnosis and remote treatment can support a visit to the doctor or replace it in certain cases.

No prescriptions will be issued for strong painkillers, sleeping pills. Or other medications that have an increased potential for addiction and abuse.

From a medical point of view, there is nothing wrong with sitting opposite a patient at the laptop screen. The family doctor of the future could.

For example, use an online consultation to clarify which patients he is referring to and for whom remote advice is sufficient. Online referral to a specialist would also be conceivable, as could follow-up care. “You could connect the experts via video conference and practically bring them into practice,” Wolfgang Loos continues the idea.

Internet-based psychotherapy also shows that good medicine is possible without personal contact between doctor and patient. This treatment method was developed at the University of Amsterdam and is a natural part of patient care in the Netherlands. This type of remote treatment helps doctors and patients to carry out routine measures independently of time and place.

The best robotics kits and robots for kids of 2022

What is medical technology?