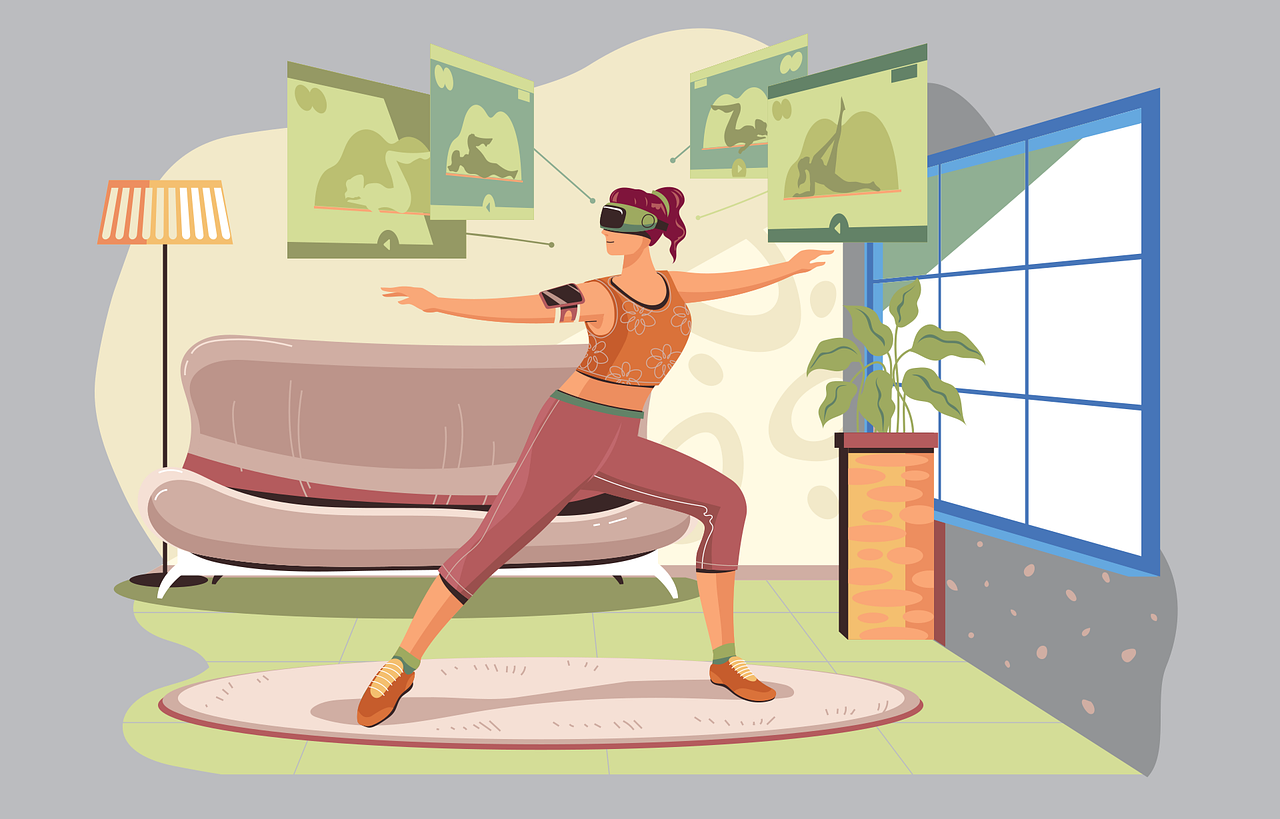 Virtual Reality has had an eventful history that picked up speed much earlier than you might think.
The abbreviation “VR” is probably familiar to everyone today. Due to the continuing remote work trend and the restrictions caused by the pandemic, virtual reality is becoming increasingly interesting – for companies and consumers alike. Read how Virtual Reality came about and what the future might hold for the technology.

The first device to feature virtual reality characteristics was the View-Master. The device made it possible to view stereoscopic images. The concept on which the device was based was created as early as 1838 – the idea behind it: Viewing different individual images at the same time to create a three-dimensional image.

The View-Master appeared in 1939 and offered the possibility of “mounting” seven stereoscopic 3D color slides on a cardboard disk to view them as “film”. This concept was particularly popular with vacationers, which is why the View-Master was reissued in several versions in the years that followed. After a few acquisitions, the brand name is now owned by the toy giant Mattel, which is now marketing the device as virtual reality glasses for children. It took a few years before parts of this concept could be transferred from the fictional to the real world. In 1962, the filmmaker Morton Heilig made use of the simple principle of the View-Master when he realized the world’s first immersive system with the Sensorama. The device, most reminiscent of a monstrous fairground attraction or arcade machine, had a seat and two peepholes. Paying users could enjoy full 3D images and sounds with the Sensorama. In addition, it was also possible to create atmospheric effects such as wind or smells.

In 1964 he then presented the Telesphere Mask – a head-mounted display (HMD) that is used in conjunction with the stationary Sensorama and allows its users completely new freedom of movement and a significantly expanded field of vision and also offers stereo sound. Heilig’s invention is regarded as a pioneer of VR glasses as we know them today.

Despite the rapid progress in the field of virtual reality, the innovations primarily served to explore a new type of technology – unlike today, there were no specific use cases that could bring added value to companies. One name that is inextricably linked to virtual reality as we know it today is Ivan Sutherland. The computer scientist created a blueprint for modern VR technology.
He did this by adding a key ingredient to Heilig’s HMD in 1966: head-tracking technology. The resulting device was similar to the Telesphere Mask and became known as “The Sword of Damocles”:
Although Sutherland’s innovation looks very rudimentary from today’s perspective, it marked a decisive step towards the interaction level of today’s VR headsets.

From 1984, VR glasses and gloves became available on the market for the first time – thanks to Jaron Lanier and Thomas Zimmerman (both former employees of the ex-video game giant Atari) founded VPL Research:
The new possibilities did not go unnoticed by NASA, which commissioned VPL Research in 1985 to develop a data glove for astronauts (PDF download). It was also the space agency that provided a first, weighty use case in terms of virtual reality when they decided to explore the possibilities of the technology in the field of astronaut training – in cooperation with VPL Research.

The gaming industry was also very interested in virtual reality early on. One of the first attempts to market a VR device as a game console on a large scale was launched by the video game giant Nintendo in 1995 with the Virtual Boy, which developed into one of the biggest flops in gaming history and cost the traditional Japanese company dearly came.

After virtual reality also leaped the mainstream film and TV world around. The turn of the millennium in the form of more immersive 3D representations. It was above all the introduction of Google Street View in 2007. That saw the most interesting technological advances in this area pooled. For many, the name Oculus Rift is synonymous with a modern virtual reality experience. Both in terms of the HMD’s design and its capabilities. Early prototypes of the VR headset existed as early as 2007, well before the associated company was even founded. Finally, in August 2012, the first Rift Development Kit was released as part of a crowdfunding campaign to make the device particularly attractive to developers.

In 2014, Facebook acquired the company for $2.3 billion. A move that highlighted the potential the tech industry saw in the technology. In addition to other development kits, the VR headset ” Rift S ” was released in 2019. Which marked further, decisive milestones in the VR evolution. The headset has a camera-based tracking system (Oculus Insight) with the help of which it can determine both. Its position and the position of the two controllers in virtual, three-dimensional space.

Since 2020, the corona pandemic has been underlined. How important virtual reality will also be for the business world in the future. Companies around the world have been experimenting with VR use cases not just since the beginning of the social distancing era – especially in terms of virtual collaboration, machine maintenance, and employee training. Interesting use cases in Germany, for example

The future of virtual reality will lie in extended reality, the umbrella term for virtual, augmented, and mixed reality. However, this is not unproblematic, since, for example. The requirements that augmented and virtual reality have on the computing power place are distinguished.

[…] you are not a complete passionate gamer, but still have your gaming requirements, then you are very well served with the AMD RX 580 (Amazon). But don’t be fooled, games in […]

[…] An issue that we must be careful with is to see where our Smart TV has the connections, if it takes them from behind and we choose the support that leaves it completely attached to the wall, it will not work for us. […]

[…] The Federal Office for Information Security (BSI) warns that the fraudulent SMS messages are currently being informed about an allegedly received voicemail or that the smartphone is infected with malware. Some fake messages also state that such malware has leaked private photos. All of this is wrong. It is only when you download a file via the link in the message that malware is installed – namely that of the criminals. […]